The results support the provisional announcement by the World Meteorological Organization (WMO) two months ago that 2017 was set to be among the three warmest years on record. Other datasets used in the WMO announcement, which are derived from monthly climatological data for a smaller number of long-term observing sites, are also expected to concur when they are released shortly. All datasets will contribute to the consolidated statement to be issued by WMO on 2017 temperatures. 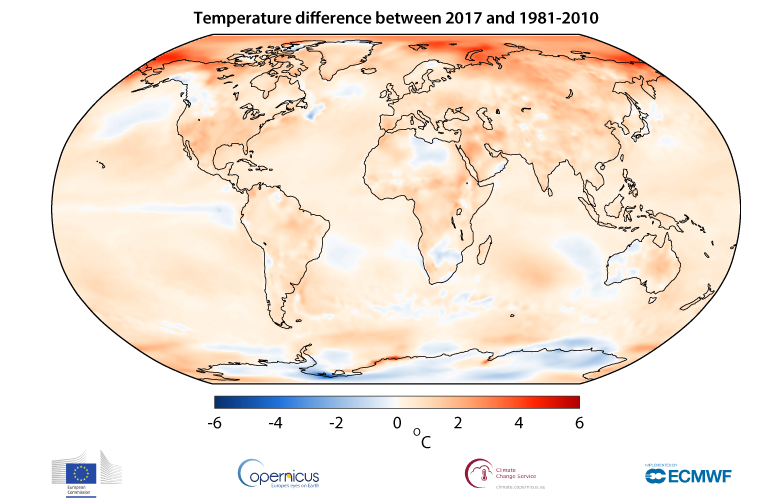 Air temperature at a height of two metres for 2017, shown relative to its 1981–2010 average. Source : Copernicus Climate Change Service, ECMWF

Temperatures for 2017 were higher than the 1981–2010 climatological average over most regions of the world. They were most above average over parts of the Arctic. 2017 was close to the warmest year on record despite cooling La Niña conditions both early and late in the year over the equatorial eastern Pacific Ocean. The warmest months of 2016 occurred in the declining phase of a strong El Niño, which also influenced temperatures in 2015, making 2017 the warmest year on record that was not influenced by an El Niño.

2017 in Europe – hot in the north, dry in the southC3S ( Copernicus Climate Change Service) provides continuous monitoring for Europe, which was generally warmer than the long-term average, particularly in the far north. Longyearbyen on the Norwegian island of Spitsbergen, one of the northernmost towns in the world, repeatedly experienced monthly mean temperatures more than 6°C above the 1981–2010 average. Sea-ice cover was also below average, especially during the cooler months at the beginning and the end of the year. Meanwhile, southern Europe was hit hard by prolonged dry conditions from late spring into the autumn months. The dry conditions led to water shortages in many areas and facilitated the spread of wildfires on the Iberian Peninsula.

Under the Paris Agreement reached in 2015, countries will take stock at five-year intervals of their progress in limiting greenhouse gas emissions to curb the rise in global temperatures. The Copernicus Climate Change Service, as well as other agencies, supports the stocktaking by providing continuous monitoring of key climate variables. 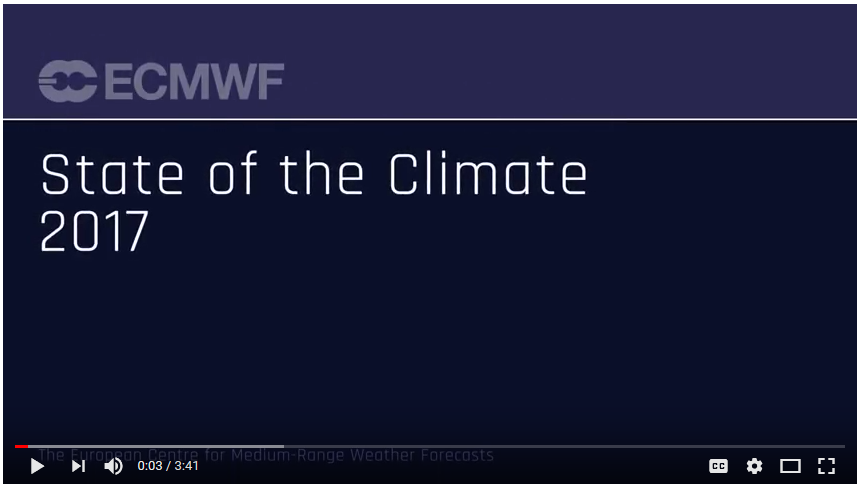