The President of ECMWF Council, Professor Gerhard Adrian has announced the 8th of December 2015 that Dr Florence Rabier has been appointed as successor to Professor Alan Thorpe as Director General of the European Centre for Medium-Range Weather Forecasts. He said :“I am delighted that Florence Rabier has been appointed as the next Director General of ECMWF. ECMWF’s world-class work is critical to all its Member and Co-operating States. As well as her impressive personal qualities, Dr Rabier brings to the job a wealth of experience in the fields of numerical weather prediction, data assimilation and international collaborations with the national meteorological services and research institutions in the ECMWF’s Member States and especially with our key partners of WMO and EUMETSAT. New appointments bring with them excitement but also sadness, and on behalf of our Council, I would like to thank Alan Thorpe for his consistently strong and professional leadership as Director General of ECMWF since 2011. He has done an absolutely outstanding job at an exceptionally testing time for the organisation.” 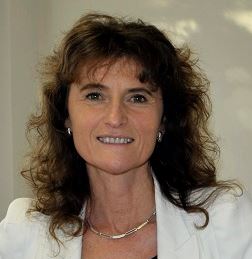 Dr Rabier is an internationally recognised expert in Numerical Weather Prediction, whose leadership has greatly contributed to delivering major operational changes at both ECMWF and Météo France. Dr Rabier is especially well-known within the meteorological community for her key role in implementing a new data assimilation method (4D-Var) in 1997, which was a first worldwide. Her career so far has taken her back and forth between Météo France and ECMWF, giving her a very valuable two-way perspective on the relationship between ECMWF and its Member States. Florence Rabier will take over from Professor Alan Thorpe when he moves on from the role at the end of December 2015. The appointment was made following a recruitment process overseen by the Centre’s governing body, its Council, which gathers representation from all Member States.

ECMWF’s current Director General, Professor Alan Thorpe enjoyed working with Dr Rabier and said : “… I am sure she will thrive in this new position. ECMWF is a fantastic place, where scientific talent, technological expertise and hard work mix to create world-leading results. She will bring energy, flair, deep knowledge and extensive experience to the role, and I look forward to following her accomplishments as an alumnus of the Centre.”

ECMWF is an intergovernmental organisation supported by 34 European States. It provides weather services with medium-range forecasts of global weather. MeteoLux as well as the National Meteorological Services of other Member States and Co-operating States use ECMWF’s products for their own national duties, in particular to give early warning of potentially damaging severe weather. MeteoLux is the official representative of Luxembourg at ECMWF Council.