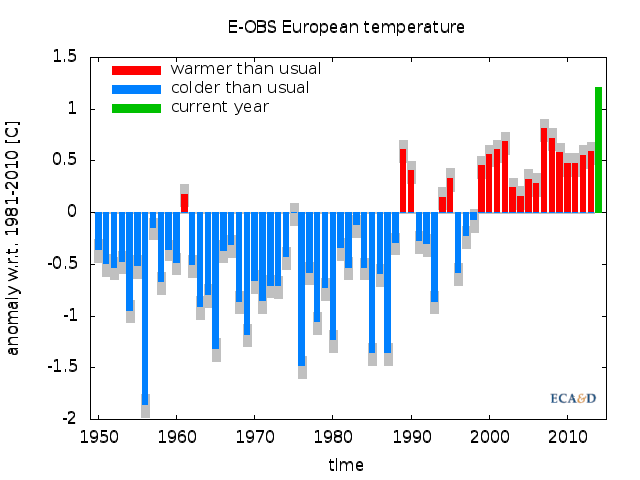 Based on KNMI results, the year 2014 is on track to be the warmest year on record in Europe. Initial estimates forecast the January-December annual mean temperature for Europe to be 0.3°C above the previous record set in 2007. The top-10 of warmest years has all its years from the year 2000 onward, with 1989 the only exception, at sixth place.