Copernicus Climate Change Service (C3S) publishes today a comparison of global average temperatures over the past thirty years. The maps are examples of the kind of information that will be available as part of this EU-funded Copernicus Service, which is being implemented by ECMWF.Running 12-month averages of global temperature anomalies relative to 1981–2010 rose to a value in June 2015 that is comparable with peak values experienced in 2005 and 2009-10, according to reanalysis figures released by ECMWF. The finding is based on the ERA-Interim reanalysis dataset for two-metre temperatures. In this dataset, the 12-month period up to June 2015 was about 0.3°C warmer than the average global temperature over the period 1981 to 2010. A temperature anomaly map for July 2014 to June 2015 shows warm anomalies in most parts of the globe, with the exception of much of Antarctica, western North America and Greenland and parts of the Atlantic. Looking just at June 2015, there is a broadly similar pattern of temperature anomalies relative to 1981 to 2010, but there are some regional variations. For example, temperatures in northern Europe are below average, most likely associated with cool North Atlantic ocean temperatures. 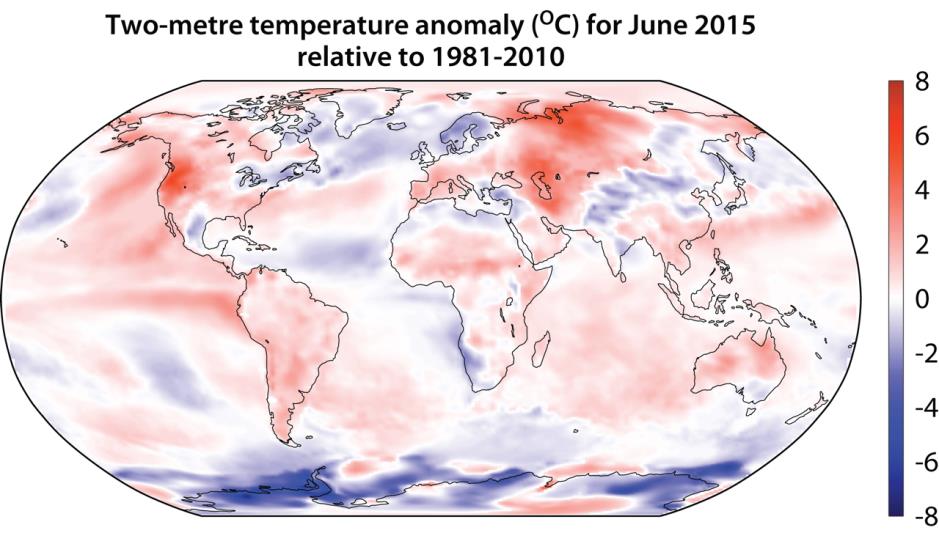 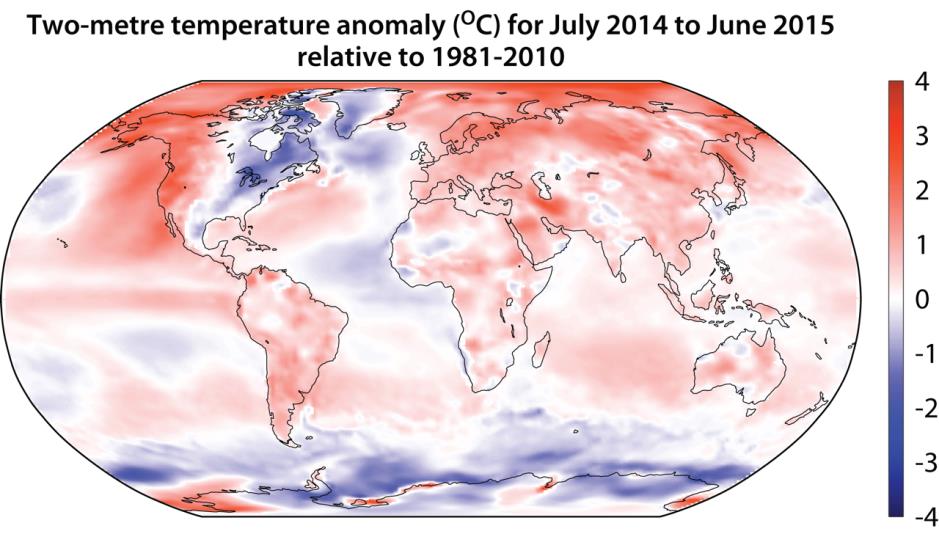 C3S is currently in a two-year proof-of-concept phase. It is part of the EU’s flagship Copernicus Earth observation programme. The service will give access to authoritative, quality-assured information about the past, current and future states of the climate in Europe and worldwide. It will build on national and international expertise to help EU member states improve their adaptation and mitigation policies. ECMWF is an intergovernmental organisation with 21 member states, including Luxembourg who is represented by MeteoLux, and 13 cooperating states. The supercomputer facility (and associated data archive) at ECMWF is one of the largest of its type in Europe and Member States have access to 25% of this facility for their own use (this constitutes another major benefit to European countries of ECMWF’s existence).